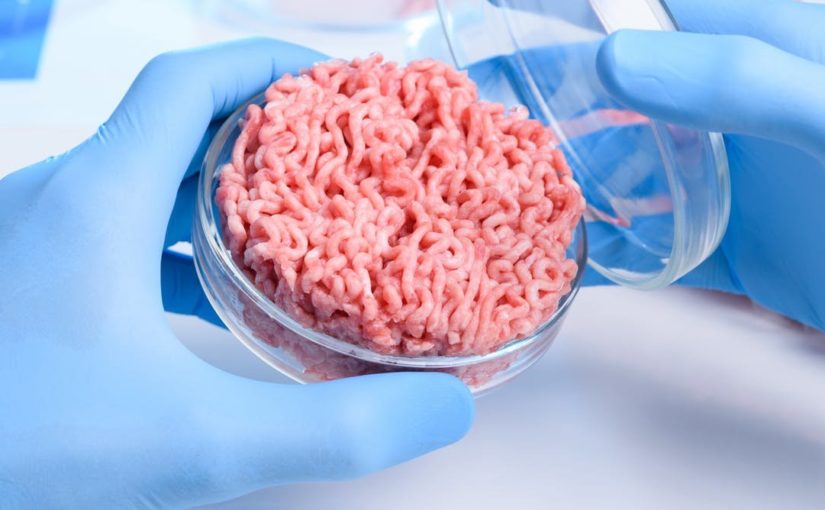 Lab-grown meat is on the way!

Lab-grown meat, which is known more popularly as clean meat, synthetic meat, or in vitro meat, is prepared in an experimental lab using the animal tissue culture approaches. Lab-grown meat has recently gained a lot of attention because it can significantly reduce the greenhouse emissions and save energy. A study published by the Scientists of Oxford University estimates that switching to lab-grown meat would greatly reduce the amount of greenhouse gases (96%), land (99%), water (96%), and energy (46%) required [1]. Due to the magnitude of these reductions, a lot of interest has been generated by both consumers and industries to look to lab-grown meat as an alternative.

The idea of cultured meat was conceived by Jason Matheny in the early 2000s and the first proof-of-concept was showcased by Prof. Mark Post, at Maastricht University in 2013, where he created first lab-grown burger patty. However, the cost of this lab-grown burger was extremely high – $325,000. This work received a lot of media attention and several research labs and companies begin optimizing processes to grow a commercially sustainable lab-grown meat. By 2015, cost of lab-grown burger was reduced to around $11. Prof. Mark Post’s company Mosa Meat is developing processes to grow cost effective in-vitro meat and is hoping to launch their first product in the market by 2021. Many researchers around the world are working on in-vitro meat derived from the stem cells of pork, chicken, duck and turkey, and a number of startups have also been created, including Memphis Meats of the United States, SuperMeat and Future Meat Technologies of Israel. In fact, Future Meat Technologies has the ambition to start selling its first product later this year, costing around $363/pound, which is very high compared to the traditional meat costing around $4/pound. But the company believes that with advancement in cell culture technologies and growing public demands, the cost of the meat can be reduced to $2.30 – $4.50 pound by 2020, which stands to compete with traditional meat prices.

Though there is great interest in growing sustainable meat in-vitro, success will depend on the convincing consumers to turn away from their traditional meat and the future policies of food regulating agencies such as FDA of USA.