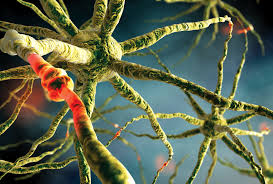 Optimization of the expression of recombinant protein is one of the key steps in improving the yield. Still, optimization of protein production mostly relies on a trial-and-error approach, and most of the research is focused only on the optimization of the genetic components such as promoter activity, ribosome binding site, and terminator. Recent studies have indicated that apart from these basic genetic components, the chromosomal position of the recombinant gene can also influence the expression. A handful of independent investigations, using commonly used recombinant proteins producer microbes such as Escherichia coli, Bacillus subtilis, and Streptomyces albus, have indicated the possible effect of chromosomal position on gene expression. A study by Bryant et al. (2014) demonstrated that E. coli with a chromosomally integrated reporter gene cassette composed of promoter Plac and fluorescent gene gfp produced up to 300-fold change in Gfp level when was expressed from different chromosomal positions. The change in gene dosage due to replication accounted only for 1.4-fold change out of 300-fold change. Using RNA polymerase-promoter occupancy assay, it was demonstrated that these variations in the fold change are regulated at the transcription level. In agreement with these findings, Englaender et al. (2017) expressed gene encoding the fluorescent reporter protein mCherry from four genomic loci on the E. coli chromosome to measure protein expression at each site. Expression levels ranged from 25% to 500% compared to the gene expressed on a high-copy plasmid. Effect of chromosomal position is not only limited to E. coli, Bilyk et al. (2017) also demonstrated that expression of a reporter gene in Streptomyces albus J1074 varied up to 8-fold depending on its position on the chromosome. But, several studies refute the claim that the chromosomal position influences the recombinant gene expression. These studies advocate that gene dosage is primarily responsible for the amount of expression of heterologous genes. Block et al. (2012), using E. coli as a host, demonstrated that if target gene is placed closer to the origin of replication, it produces more transcripts because of the high gene dosage resulting from the replication. Expression from the target gene decreases linearly with its increase in its distance from the origin of replication. In agreement to this study, Sauer et al. (2016) investigated how genome location and gene orientation influences expression in B. subtilis. It was observed that the expression of a lacZ reporter gene can differ up to 5-fold based on its chromosomal location. This difference in expression correlated strongly with the location of the reporter cassette relative to the origin of replication and was not influenced by gene orientation with respect to the DNA replication direction.

Though contradicting, these preliminary studies indicate that the chromosomal expression of heterologous genes can be influenced by chromosomal position and distance from the origin of replication. Further system level expression analysis, using different reporter genes, is required to make a definite claim.