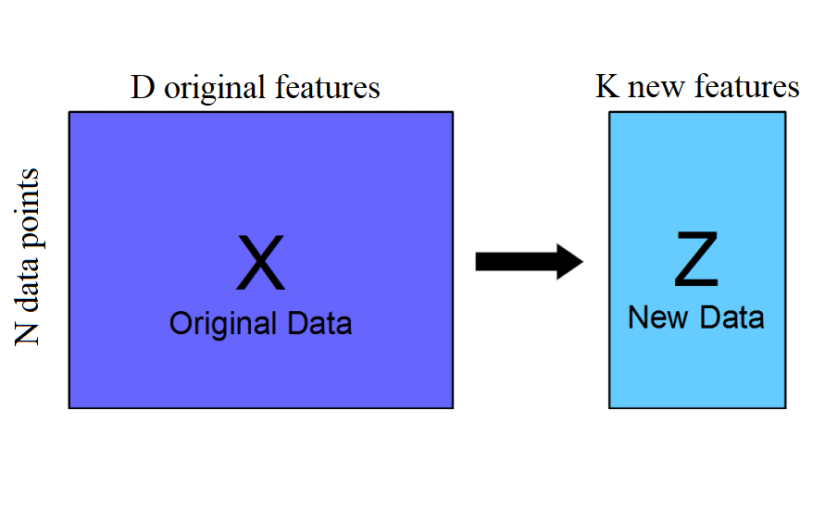 In this blog, we will walk through a probabilistic formulation of the well-known technique of principal component analysis (PCA). The probabilistic PCA (PPCA) was introduced by Bishop [1]. PPCA does not generate better results than PCA, but it permits a broad range of future extensions. Besides, PPCA falls in the category of Bayesian models, which are enjoying a renaissance. Other models, such as Gaussian mixture model, K-means clustering, factor analysis, and variational autoencoder, are all Bayesian models or can be viewed from a Bayesian perspective. So I hope this blog helps to view PCA from a Bayesian angle and grasp the basic framework of constructing a Bayesian model. In the following parts, I will briefly introduce PCA, then focus on how PPCA was formulated, how to train PPCA and inference in PPCA.

1. We assume the latent variable z

is given by a zero-mean unit-covariance Gaussian.

2. We generate a higher-dimensional x via a mapping matrix W

3. Equation 3 defines a Gaussian variable, which is the noise part in equation 2.

4. The distribution of x, conditional on the latent variable z, follows a Gaussian distribution, whose mean and covriance matrix are

are parameters that will be learned during the training process.

5. The integral of the joint distribution of

yields the distribution of

, which follows a Gaussian distribution, whose mean (

, respectively. If you don’t care about the math details, the takeaway from this equation is that

6. Equation 2 defines a way to map

, in a probabilistic language, we need to the distribution of

. Due to properties of Gaussian distribution,

also follows a Gaussian distribution, whose mean is equal to

is not used in inference, so I omit it here.

are the same as before.

So far, we have defined PPCA. Now it is time to train PPCA. Since the marginal likelihood of

in equation 4 has an analytic form. We can maximize the

directly. An alternative way is to use the expectation-maximization (EM) algorithm which sequentially optimizes

Finally, with the trained parameters,

, we can use equation 6 to map \mathbf{x} to a lower-dimension space. For further details about the derivation and implementation in Python, see the references.