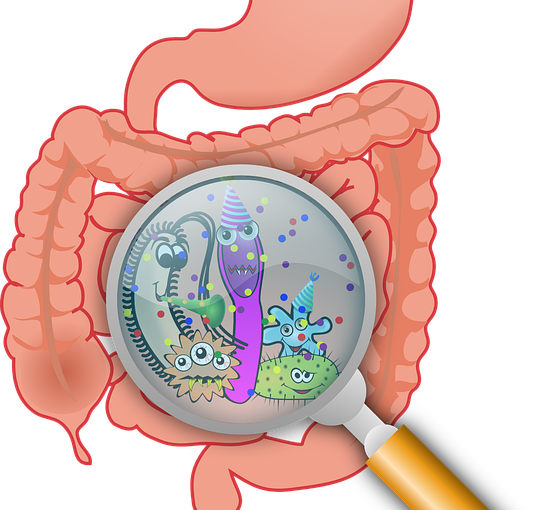 A look inside your gut: which bacteria are you selecting for?

Gut bacteria have co-evolved with animals for hundreds of thousands of years. There is, however, still potential for bacterial adaptation within each individual, according to recently published research (1). The researchers combined metagenomics with isolation, cultivation, and sequencing of  the bacterial content of 30 fecal samples to investigate how Bacteroides fragilis, a frequent commensal in healthy individuals, was evolving within each person. Part of the samples were acquired during a time span of over a year, allowing for a temporal as well as a comparative analysis between individuals.

The group of researchers from MIT demonstrated that each person has predominantly one lineage of Bacteroides fragilis, but such lineages diverse and change within the gut of the host within their lifetime. Several lineages of the bacteria acquired mutations which were beneficial and selected for in the gut of the healthy individuals, even without “strong” selection pressures such as antibiotic use. The evidence included parallel evolution in the same gene or groups of genes belonging to the same pathway within each individual. This means that multiple sub-lineages of the bacteria within the same individual’s gut independently acquired similar mutations, increasing the chance that such mutations were in fact beneficial to the survival of the bacteria in such environment. In addition, most of the mutations identified in the genes resulted in amino-acid changes in the proteins which they code for, indicating that such mutations were important for survival, and not neutral mutations.

The temporal sampling also allowed  the observation of the increase in frequency of mutations over time. In one of the cases, a mutation emerged around day 150 in a specific individual’s B. fragilis sub-lineage, rapidly increasing in frequency. The sub-lineage multiplied with such advantage that, by day 400, it took over another sub-lineage that initially coexisted in this person’s gut.

The phenomena of “within-person adaptation” of bacteria, however, may be exclusive of some species of bacteria, or dependent upon the bacterial abundance in the gut. As the researchers point out, others (2) have not found the emergence and selection of beneficial mutations when another specie of bacteria (Escherichia coli) was studied. Similar studies with other bacterial populations could help clarify what drives the phenomena and for which cases it is relevant.

The findings have potential implications for the future of probiotic therapies. Individuals’ differences could, over time, select for variants from the lineages of microbes originally administered to treat or improve a condition, changing the outcome from individual to individual.